Dayanita Singh and the Pre-Instagram Photo


The famous photographer on her new photo-novel, why it is an experiment, how you can even read it backwards and life before Instagram froze us all

Photographs have arresting details but your eyes must go to them. In Let’s See (Steidl, 2022), acclaimed photographer Dayanita Singh’s new and first photo-novel, the homes, hostels and living quarters of her friends and family are thrown partly open and tenderly lit. But most of the pictures pull in different directions, just like the one in the banner. It’s a cloak room where three people—two girls and a man—are in the frame. Something has been said or contested when the moment was frozen. The look in the eyes of one of the girls is of a joust postponed—she won’t be forgetting it, her eyes say, to the man in the tartan suit. The man, with his back to the camera will, however, remain a man of mystery—Singh’s camera catches a moment of tension but does not reveal who or what caused it.

Let’s See has been built on secrets. It has no text, names or captions, points out Singh during her interview with The Voice of Fashion—a few days before the book is launched—at her Delhi home. This October, as she receives the prestigious SEK 2,000,000 Hasselblad Prize in Sweden, she will be the first South Asian to be thus honoured. Elsewhere, Singh has talked of accepting the prize on behalf of her “books and book objects”—she has 13 photo books to her credit; the first, Zakir Hussain, a photo essay on the tabla maestro, was published in 1986. 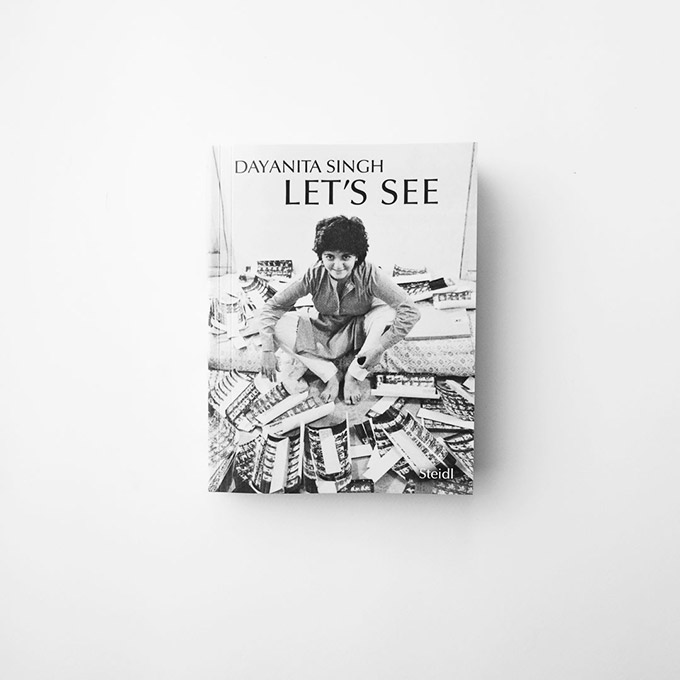 Singh’s ‘novel’ is intriguing at various levels. Many of the pages are full of house parties or after-parties with girls (the young misses of the house and the helps) sitting before mirrors; women in lehengas, saris and strands of pearls and even a pant-suit at weddings; relatives greeting each other with practised courtesy. Suddenly, there is a change of scene: a police constable is seen escorting a suspect for a roadside shave and trim. A cache of arms and ammunition is captured in a police station. A grim KPS Gill, the controversial ‘supercop’ from Punjab, is seen by the side of a pond somewhere in the ’80s. From the party, we are right in the middle of a true-crime thriller.

How did Singh get these frames taken as they were at such close quarters? “At that time, people were not so conscious of the camera and I was not conscious of being a photographer. Making a photograph was part of the conversation, it was very casual,” says the photographer and book-artist. The book does other pirouettes—tucked in its pages are love stories, images of touch and comfort between friends, mothers and grandmothers holding their children close; kids registering their first resistance to grown-ups, and of simply wanting to get away.

“I didn’t want clear narratives or page numbers. I’d break the sequence whenever a clear theme would appear,” says Singh, who wanted her photobook, possibly the first photo-novel, to be a page-turner. “This is an experiment. Photo books are usually about a particular subject, my hope was that even if you read it backwards, it should work.”

Let’s See is also a record of a time—pre-Facebook, pre-Instagram, pre-streaming—and its requiem. Young girls adjust nothing, their jaws are set firmly like female matadors ready to meet life and the camera head on. A young Jesse Randhawa seems to be waiting her turn to try her first steps to be a model—this photo is from 1994. Singh remembers it as the “Sushmita year”—when Sen won Miss India and Miss Universe. “It was the time when the idea of beauty began to change in India…people were still wearing pantyhose with bathing suits; girls were still shy to party or go around with bare legs”, says Singh. She rues that nowadays photographing a young person is just not possible “without them changing their body language. They suck in their breath to hollow out the cheek, and pout. I don’t know why people do that to themselves…”. 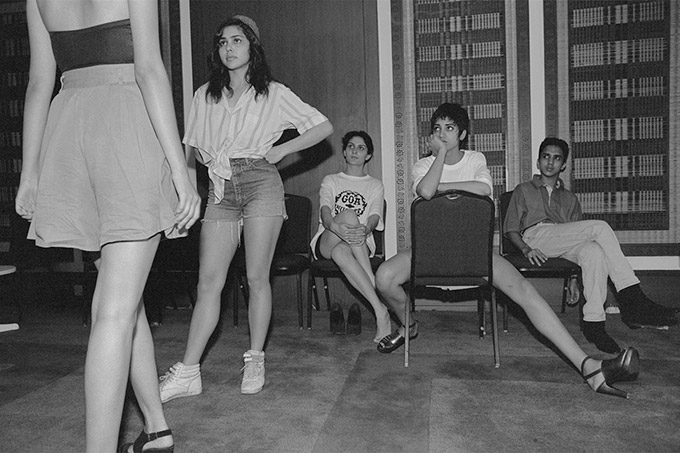 If Singh’s work is women-focused, it’s for a reason. Singh’s father died when she was 18. Women are also the central characters of Let’s See. “But see, father appears twice as a photo on the wall. He is a major character. He was absent but present in our world,” says Singh with a mischievous smile, happy to puncture a ‘theory’. Her world, she says a minute later, has been “largely female”, centred around her mother Nony Singh, whom she has photographed extensively, and who appears quite often on her daughter’s Instagram. Singh has three sisters—they, too, feature in the book. 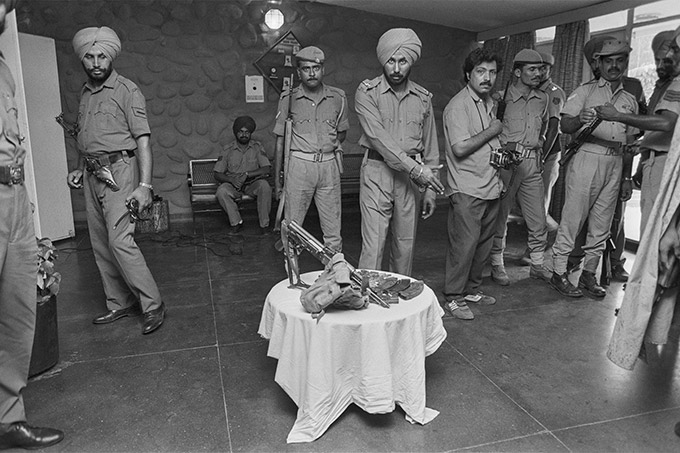 'My friends are like my family. My life and my photography are not separate projects, whoever is in my life is in my books'.

Mona Ahmed, Dayanita’s muse and friend, and trans icon, is also seen on the book’s pages. “My friends are like my family. My life and my photography are not separate projects, whoever is in my life is in my books,” she says. In a photo, Nony, Mona and Mona’s daughter Ayesha are on a swing—talking. “A good photograph happens by the way, for me it gets made in an atmosphere of ease, comfort and conversation.” There are other tender photos—of a young girl watching her mother put on lipstick; sisters sitting around looking at each other’s shoes; a child pretending to be a ‘horse’ and sitting on her father’s chest; friends and roomies on the hostel bed, arms thrown across each other’s bodies, breaths mingled. 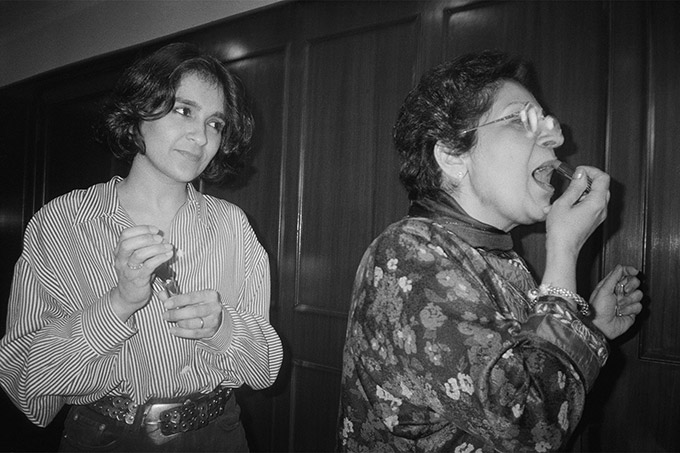 “It was an informal time,” says Singh, “people touched each other quite spontaneously…perhaps I was witnessing the end of something.” The naturalness of the photos of Let’s See may also have to do with Singh’s presence on ‘the scene’ having nothing to do with photography. “I was possibly dropping by to meet a friend, or I was already present in the house. Being a photographer was then not on my agenda,” she says.

As we wind down the conversation, Singh says something startling. “I was a fine photographer before I became one. The gaze like a caress—I no longer have access to that eye. What I’d say to a young photographer is stay with what you have, your own voice. In the becoming a photographer, I lost something, I think.” The past, it has been said, is a foreign country—we do "different things" out there.